I was looking into different literature for generating terrains and finally decided to start off with the basic one - using height fields. The following is an algorithm to generate a simple terrain to start off with.


The noise function that I used was adapted from http://www.sci.utah.edu/~leenak/IndStudy_reportfall/PNoiseCode.txt. Perlin noise generates random values based on a Hermite curve. This gives a continuous value for the randomly generated values. It randomly generates values based on a frequency that you pass in and generate a curve based oin these values. THe intermediate values are then determined using this curve. I clamped the output a bit so that I have more flat areas in my terrain.
Shown below are outputs generated from my first stab at the algorithm. The images display the mesh instead of the shaded polygons as I haven't yet calculated normals for the primitives. 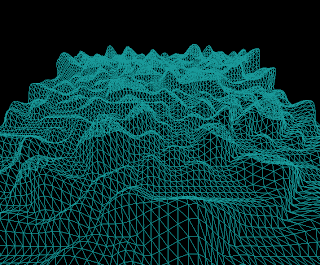 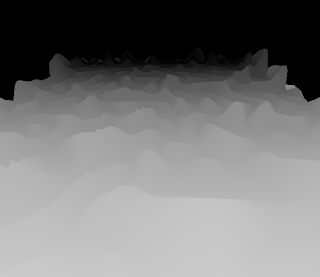 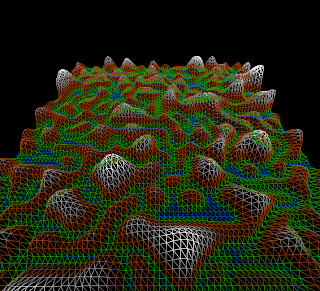 Color coded based on height

Next Steps:
Posted by Tiju Thomas at 9:00 AM